A man and his daughter were injured in an attack with rocket shells launched by terrorist organizations deployed to Idleb on Jurin town in Hama northwestern countryside.

A reporter said that terrorist organizations deployed to Idleb countryside targeted Jurin town in al-Ghab area, Hama northwestern countryside with five rocket shells, causing the injury of a man and his daughter, as they were rushed to Hama National Hospital.

The child’s condition is critical,  reporter said, adding that the attack caused a material damage to the locals’ houses and properties.
Golan Times

Authorities find weapons, some of which Israeli-made, in Yalda, Babila, Beit Sahem 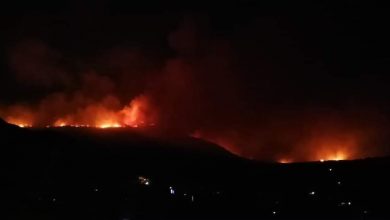 Extinguishing a fire that erupted in Ain Halaqim 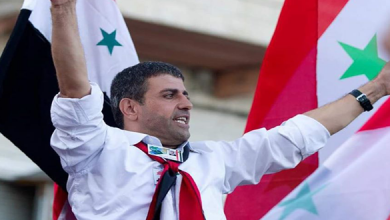 Al-Maqt : we reject and fail plans of Israeli occupied (video)