The process of handing over weapons and settling status of a number of militants in Daraa al-Balad began at “the settlement center” in al-Arbaeen neighborhood, as part of the efforts exerted by the state to establish security and stability in Daraa province. 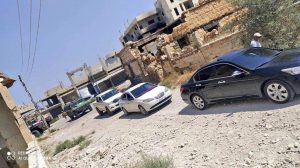 A reporter said that tens of militants settled their status and handed over their weapons in implementation of the settlement agreement proposed by the State as part of efforts for a peaceful solution and restoring security and stability to all parts of Daraa governorate. 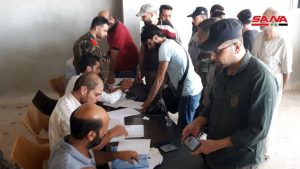 The reporter added that several settlement centers will be opened in Daraa al-Balad neighborhood.
Golan Times 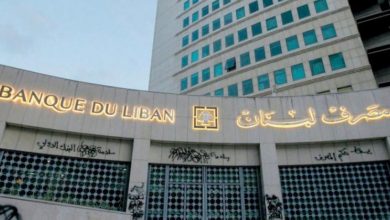 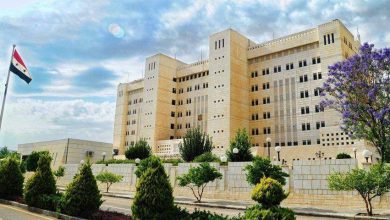