The Syrian Army and allied forces tightened the siege on the last fortified positions of Daesh (ISIS) in al-Bukamal about 140 km southeast of Deir Ezzor city.

A source said that the army and its allies are engaged in violent clashes with what is left of Daesh terrorists in the city’s outskirts, inflicting heavy losses in personnel and equipment upon them.

The source pointed out that the army managed to isolate al-Bukamal from both the Syrian and Iraqi borders and the train station, trapping Daesh terrorists in small isolated pockets in the city.

The source also indicated that army units are advancing slowly and carefully in the city streets because of the numerous mines and explosive devices that Daesh planted everywhere.

The source confirmed that the army units regained control over the road connecting al-Myadeen, al-Bukamal, al-Sekarieh town, and Hamdan region in al-Bukamal’s outskirts after inflicting heavy losses on terrorists 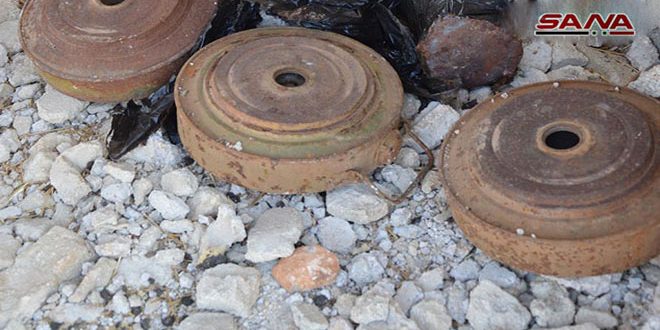