Daraa’s City Council started rehabilitating the road connecting Daraa and al-Yadouda after it was reopened by the Syrian Arab Army’s units, removing the barricades and dismantling explosives left behind by defeated terrorists.

The Council’s work teams in cooperation with the Department of Ecumenical Relations and Development began cleaning the road, according to Head of Daraa City Council, Amin al-Omari, who clarified that the work teams prepared the road for traffic after it had stopped for years, pointing out that the next stage will be paving and lighting the newly-opened road.

On Tuesday, the army units opened the road connecting between Daraa and al-Yadouda which terrorist groups positioned in al-Yadouda, about 7 km west of Daraa, had been closing it for years. 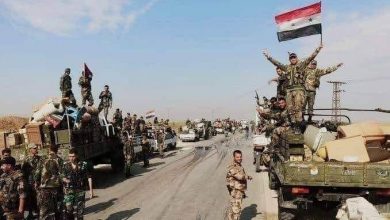