Homs firefighting team has have been able to control a wide fire that erupted in the woods of the village Qurb Ali in al-Nadara Valley area in Homs western countryside,the fire, which was erupted on the administrational borders of Homs, Hama and Tartous provinces targeting the perennial forest trees in a rugged geographical area, continued two days. 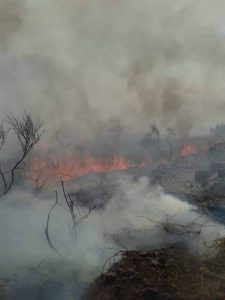 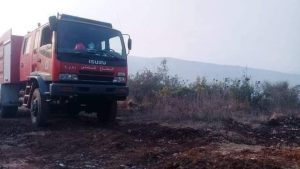 Colonel Juda pointed out that members of the firefighting team, the Civil Defense and the Agriculture Directorate spare no efforts over a period of two days to control the fire.
Golan Times