Clash among Turkish occupation’s mercenaries of terrorist organizations in the occupied city of Ras al-Ain in Hasaka northwestern countryside, causing the injury of a number of them.

A reporter said that a clash was erupted among Turkish occupation mercenaries in various kinds of weapons in Ras al-Ain, causing a number of injuries among them.

The reporter added that clash was erupted among terrorists after dispute on sharing stolen goods that were looted from the properties and houses of the citizens.
Golan Times 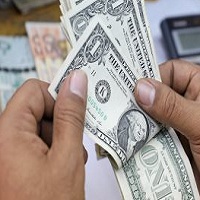